At the end of September, Net Impact Amsterdam members are invited to visit the Texel salt water farms.

In preparation, we wanted to learn more about saline farming and how it can help solve some of our biggest agricultural challenges: scarcity of freshwater and land.

Join us on the trip to Texel

As sea levels rise, so do soil salt concentrations

Saline agriculture, or “salt water farming” is the climate adaptation solution that no one’s talking about.

As climate change is causing sea levels to rise, salty water is expected to more often breach into agriculture lands, and, in most cases, render the soil useless for growing “traditional” crops. Saline agriculture is a solution to this growing problem.

Instead of trying to reduce salt concentrations in the soil, which is extremely difficult, saline farming provides a way to use salt-affected soils for productive agriculture. The Salt Farm Foundation has tested over one thousand organic and non-GMO crops for salt tolerance levels, and has had tremendous success in identifying crops that have natural salt tolerances. They share their findings worldwide and have helped countries that are already experiencing alarming fresh water shortages to deploy this more resilient and future-proof agriculture method.

Pioneering a local solution to a global challenge

Marc van Rijsselberghe, founder of the foundation and an idealistic entrepreneur with 10+ years of experience in organic and biodynamic farming, accidentally discovered that his potatoes grew surprisingly well in soils with high salt content. He contacted several professors and they helped him set up experiments to test this ability further. From there grew the Salt Farm Foundation.

It started in 2010 as a small research organization with the mission to identify crops that can grow in soil affected by salinity or extreme drought. Until 2019, they had one hectare of land that was used as a trial farm where they have tested more than one thousand different crops for salt tolerance. At the same time, they have been developing business models to successfully bring salt tolerant crops and processed products to market. The foundation has also done consulting projects in Pakistan, Bangladesh and Kenya, where freshwater is particularly scarce.

The next phase for saline agriculture

Currently, the foundation is focusing on small-scale research to use seaweed and other salt tolerant crops as a food products, ingredients for cosmetics, materials for bio-based plastics, and fertilizers for crops in salty conditions. As a fertilizer, applying a seaweed solution to crop land has shown to increase yield, and they have been further testing it on carrots and potatoes. They are also gauging if these high saline crops can be used as salt replacements for low sodium diets.

Additionally, and maybe most importantly, over the last 12 years, the organization has collected a treasure trove of insightful data, which they are processing and making open source so that other organizations can use the research findings and methodologies.

“We make the information open source so that other farmers and organizations can take over and apply this work in their local context.”

On the business side, Wadzilt is testing the market, exploring how to promote and reach more people with salt water cultivated products. The cultivated seaweed received its organic certification last year, which took longer than expected simply because there were no organic certifications available for seaweed in the Netherlands. Now that they have it, they see lots of opportunities to grow.

Over the last four years saline agriculture has gotten a lot more attention largely due to the increased effects of climate change. As fresh water becomes more scarce and soils undergo further salinization, we need to find alternative ways of farming. The Salt Farm Foundation and Wadzilt are trailblazing this.

We hope you will join us for the visit to Texel!

Tremendous thanks to Divya Prasath Waverijn-Ravikumar, Project Coordinator at Wadzilt, for sharing insights with Net Impact Amsterdam for this article. 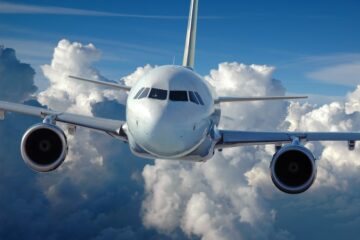 In this ‘Impact From Home’ we talk with carbon policy and intervention expert, Adriaan Korthuis, Co-Founder and Director of Climate Focus. As Adriaan is a true expert in all things carbon markets, we will discuss Read more… 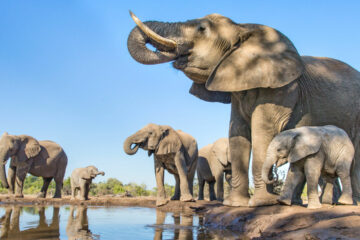 Nearly half of all human beings are directly dependent on natural resources for their livelihood. However, biodiversity is in severe decline due to a combination of conflicting private and public interests, incoherent policy and governance, Read more…